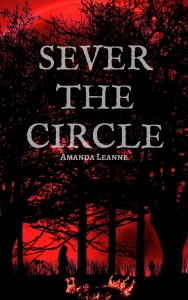 Life for me and mine was set. Wood Women, witches to many, had a cycle. There were only two Wood Women alive at a time, a mother and her daughter. As the daughter beget her own, her mother would cease to be. But that wasn’t the only circle that justified our life.

The town was ours and we belonged to them. The crops flourished and the seasons changed, as was our want. We wove the tapestry of the town, trimmed the frayed threads, added the new ones, removed those that had faded, and kept the picture beautiful and trapped within a bubble of our making. They knew only of which we wanted them to, no more or less,.

As stories are often about a change, a disruption, so is this one. The circle of the lives of the Wood Women, the life of the town, and the sphere we had built to keep it all contained in was challenged, attacked, and eventually severed. There was another darkness in the night, untouched by moon and fire, and it held the secrets that would be our undoing.

Coming late Spring 2018, Sever the Circle by Amanda Leanne. A dark tale of witches, will power, and nightmares that are much too real. Will be available on most major ebook retailers and in paperback from Amazon.

This site uses Akismet to reduce spam. Learn how your comment data is processed.